Even when it seems impossible to overcome debt, we help you see the light at the end of the tunnel.

A Background in Bankruptcy Law in Northwest Georgia 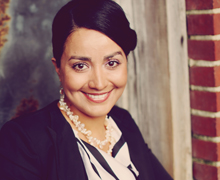 “Tini,” as she is affectionately called by her family and friends, moved to Georgia in the summer of 2008 and began her career in bankruptcy law soon thereafter. She is dedicated to assisting her clients in filing for bankruptcy relief under the Federal Bankruptcy Laws with the hopes of helping them take charge of their finances in order to regain personal freedom and success. To retain her services, or to learn more about your legal options, do not hesitate to call Bournakis and Mitchell, P.C. at (706) 295-7376. We offer free initial consultations to help you get started.

Committed to the Community

Tini’s proficiency in English, Spanish and Greek has enabled her to serve many clients who normally would not be able to get past the language barrier. She has been dedicated to helping others through community outreach programs as well as within the Hispanic community. Tini has gained several years of experience within the United States Federal Bankruptcy Court system which make her uniquely able to assist her clients with bankruptcy filing.

Ready to live debt-free once and for all?

Bournakis and Mitchell, P.C. is committed to helping you move forward to a brighter, happier future. Click the Contact button below to get started.